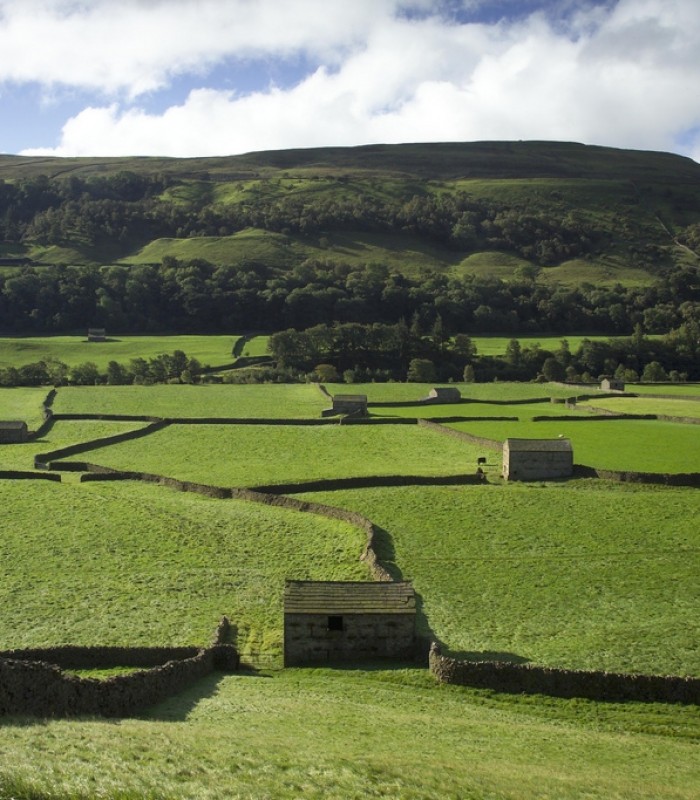 For lovers of walking, birdwatching and history, Wensleydale has it all, and a lot more!  Waterfalls, iconic Yorkshire Dales stone walls, old churches, ancient drovers tracks, craft shops and hidden gems. There’s something to see and do for all ages within easy reach of the Blue Lion.

From a family day out to the Wensleydale Creamery, home of Wallace and Gromit’s favourite Yorkshire cheese, to exploring the iconic Dales you’ll never be short of entertainment. Why not take a ride on the Wensleydale heritage steam railway which offers a fantastic day out for all the family.

If you like exploring times past then the heritage site of  Jervaulx Abbey is within walking distance along the River Ure footpath or just across the valley is Bolton Castle, which bears the scars to over 600 years of history.  Alternatively, we are only a stone’s throw from the outstanding English Heritage run Middleham Castle, childhood home of King Richard lll.

Should you fancy some activities closer to home, then look no further than our membership of the East Witton Tennis Club, with its newly refurbished court, or even our private licence for fishing on the River Ure. Both of these are just a short distance away from our front door; ask reception for booking details.

There’s every reason to remember to bring your camera and binoculars with you when you come to stay at the Blue Lion. Spotting Red Squirrels at Snaizeholme, enjoying the architecture of the Dales’ famous market towns such as Hawes or Leyburn or the natural beauty of the Dales landscape will leave you with memories you’ll not find elsewhere.

Camp Hill offers a fantastic range of activities for young and old, including; Segway rides, quad bikes, a high ropes course and a Woodland Kingdom!  Camp Hill is located just 14 miles (25 mins) from the Blue Lion, why not book an adventure as part of your stay at the Inn. 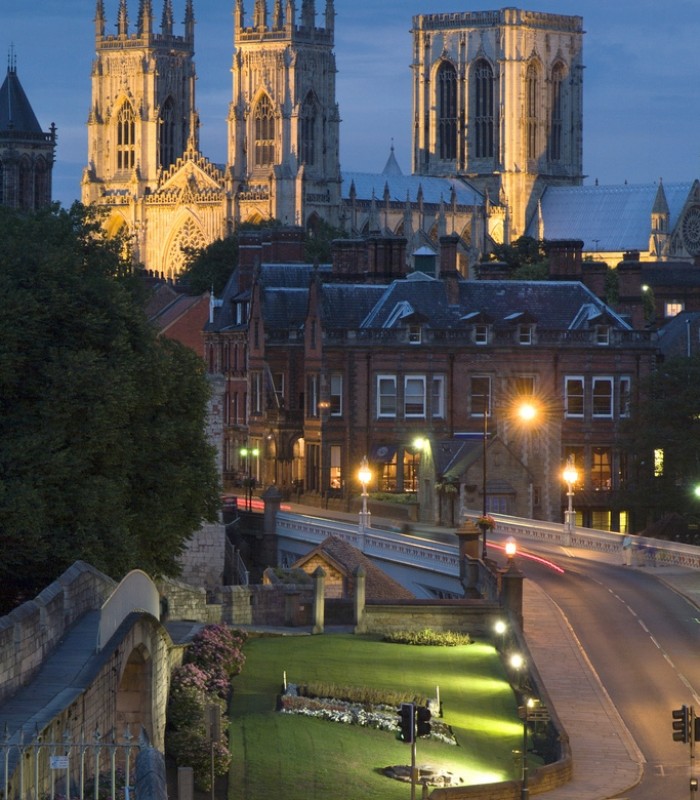 Yorkshire is steeped in history; churches, castles and coasts. Within in a five minute drive is the former childhood home of King Richard lll at Middleham Castle. The National Trust’s World Heritage Site, Fountains Abbey and Studley Royal Water Gardens are within an hour’s drive. If you fancy discovering Yorkshire’s Jurassic Park, head east toward the coves and caves of the Yorkshire Coast.

Masham is an original Dales market town with a fine marketplace, just 7 miles drive from the Blue Lion.  Well known for its annual, two-day  September sheep fair, where in the past as many as 70,000 animals were bought and sold, the town is also home to the Theakstons and Black Sheep Breweries, both of which offer brewery tours.

Leyburn is but 9 minutes’ drive from the Blue Lion - may be a wee bit longer, should you come across a shepherd moving sheep across the road.  Alongside its quirky independent shops, Leyburn has one of the north’s best auction houses and quaint tea rooms.

We recommend that you park in the market square and explore the town on foot.  If you’d like to extend your day, pop to the nearby Forbidden Corner - four acres of tunnels, chambers, follies and surprises.

The cathedral city of Ripon, one of the smallest cities in the country, is just 30 minutes’ drive away.  The present cathedral church was the 4th, built between the 13thand 16thcenturies, however, its origins can be traced back to the 660s, when Scottish monks founded a monastery in Ripon.  Along with a range of shopping outlets and a busy Thursday market, Ripon also offers the chance of a ‘flutter on the horses’, with its flat racing course, known as Yorkshire’s Garden Racecourse, just outside the town – did you know that the first recorded horse races took place in Ripon in 1664!

Harrogate’s Tewit Well was discovered in the 16thcentury and from it Harrogate grew into a Spa town, with people believing their sickness would be cured.  The Pump Room is now a museum, with exhibitions and displays.  Harrogate is also the home of the Royal Horticultural Society’s Harlow Carr gardens, one of four public gardens run by the RHS.

The first Betty’s Café Tea Room was opened in Harrogate in 1919, by Swiss confectioner and baker, Frederick Belmont. The Harrogate Tea Rooms, which can be found on Parliament Street, are world famous for their afternoon teas, extensive range of delicious treats and warm welcome.  Or, if you visit Harlow Carr, there is also a Betty’s Tea Room to be found there.

Founded in 1071, Richmond is positioned on the edge of the Yorkshire Dales National Park, with its Norman Castle and Georgian town houses, built around one of the largest market places in the country.  Richmond Castle has links with William the Conqueror and Alan the Red of Brittainy, it was a built as a military stronghold and to this day Richmond still has strong military links, with nearby Catterick Garrison.  Did you know that Richmond is the most duplicated UK place name, with 56 occurrences worldwide!

Travel a little further afield and the historic city of York is around an hour’s drive away. Home to York Minster, Clifford’s Tower, The City Walls, the famous Shambles with its Harry Potter shop and the Jorvik Viking centre. Whilst you’re there the small independent boutique shops are well worth browsing through and there’s no end of amazing coffee shops to enliven the weary shopper.

Distance from The Blue Lion to York: 43 miles

Recently named the best shopping destination in the UK by the Rough Guide to Britain, Leeds City Centre has over 1,000 shops. For luxury buys and designer goods there is the Victoria Quarter, which includes Harvey Nichols. Housed under a huge glass roof is the Trinity Leeds Shopping Mall, open until 8pm most nights.  Whilst in the City make sure you pop to Kirkgate Market, located in a grade 1 listed building dating from 1875. 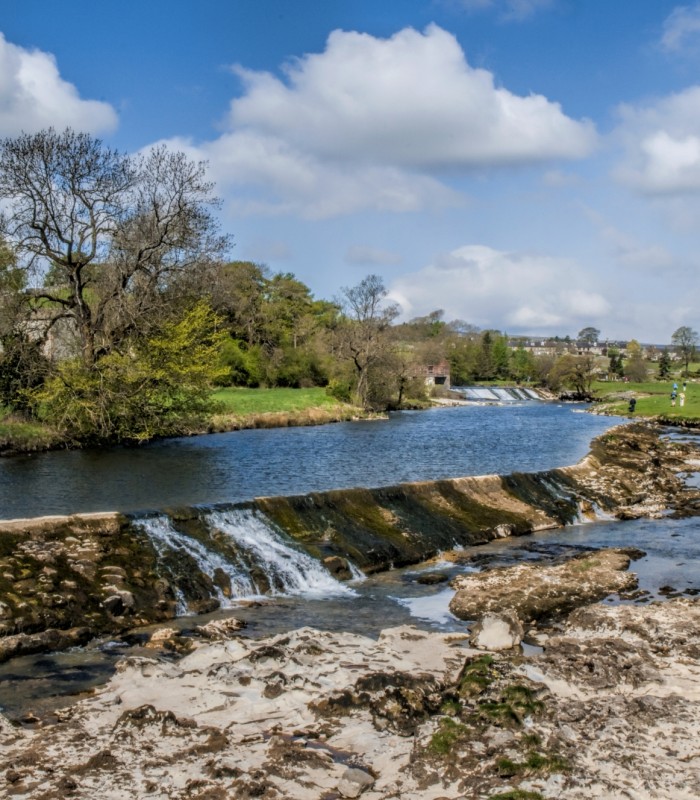 The Yorkshire Dales National Park is one of the most breathtaking areas of Northern England. With its rolling green hills, iconic stone walls and fabulous market towns you’ll wish you had booked a longer stay.

The Dales are a destination of beauty whatever the weather!  It’s here that you can experience the ever changing light and atmosphere - no two days are the same, as natural light and weather systems play across the hills and dales.

As you step from our front door, your eyes will be drawn across to the wide East Witton village green with picket fenced houses and then up towards Witton Fell.  If you ask at reception we can provide you with a local walking route map for guidance straight from our front door.

If you’d like to ‘bag a peak’, but stay off the Three Peaks ‘super-highway’, then consider Buckden Pike or one of the Dales 30, that’s 30 peaks over 2,000 feet (610m) high across the Yorkshire and Cumbrian Dales.  Alternatively, you can combine your hike with a train journey over the famous Ribblesdale Viaduct.

Your best four-legged friend is more than welcome at our Inn, they can come on a leash in our bar to sit under your feet.  There are miles of short walks, long distant footpaths and hidden gems to explore with your dog, though please do respect the natural beauty around you.  There are some top dog walking tips from the Yorkshire Dales National park rangers to be found here.

Another favourite hiking area for us is Nidderdale, an Area of Outstanding Natural Beauty or a little further afield is the beautiful North York Moors National Park – all are wonderful areas to walk in and within easy reach of our door.

We have six walking maps that you can collect at our reception to help guide along routes for all abilities.  We actively welcome walking boots in our log-fire bar, so do come and visit!

The Yorkshire Dales is a limestone landscape, formed over many millions of years.  You’ll be surprised to discover that there are over 2,500 known caves in the Dales, with the longest system in Britain, the Three Counties, thought to be over 55 miles (89kms) long, with 40 different entrances.

If crawling along caves isn’t really your thing, you’ll be delighted to know that there are three show caves; White Scar near Ingleton, Ingleborough Cave, near Clapham and Stump Cross Caverns near Greenhow.  All are open to the public, where you can take either a guided or self-guided tour.

If your preference is to stay above ground, you can still enjoy the beauty of limestone paths and geology of the Dales by visiting Malham Tarn or Brimham Rocks. 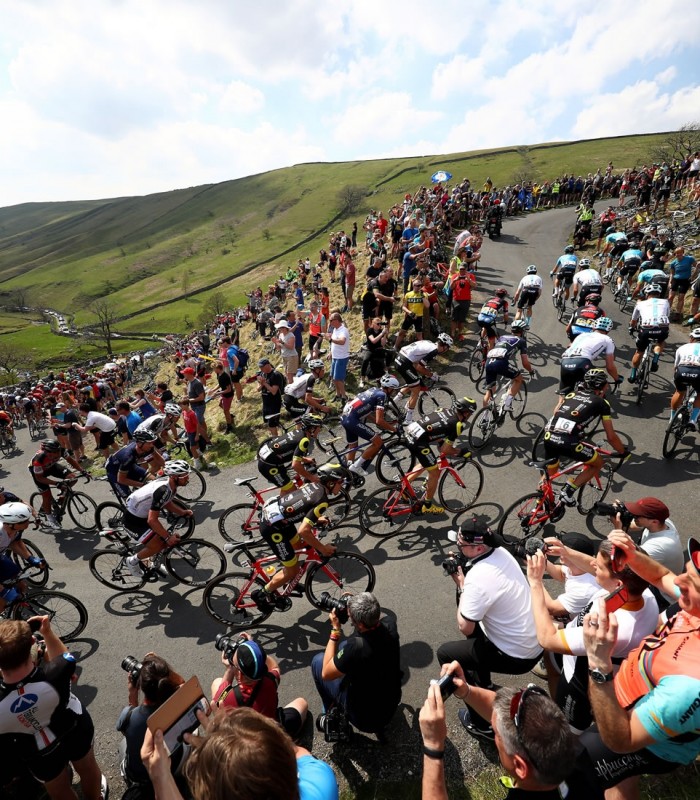 The Yorkshire Dales have it all; from the world-class Tour de Yorkshire road route, to easy trails and more difficult Mountain biking single tracks.  There is definitely a cycling route to choose in the Dales for all abilities, from gentle valley routes to climbs over stunning moorland.  The new Swale Trail, opened in 2018, is 12 miles of easy mountain biking for families with older children.

Both the Tour de France Stage 1 and the Tour de Yorkshire routes can be enjoyed from our front door, as they pass along the road by the Inn.  If you’re up for a challenge, the Buttertubs Pass is also part of the Yorkshire Dales Cycle way, but make sure you have a good breakfast beforehand!

Cycling really is a lovely way to explore the area, either bring your bikes, we can lock them up in our barn, or hire from one of the very many bike hire shops dotted around the area. 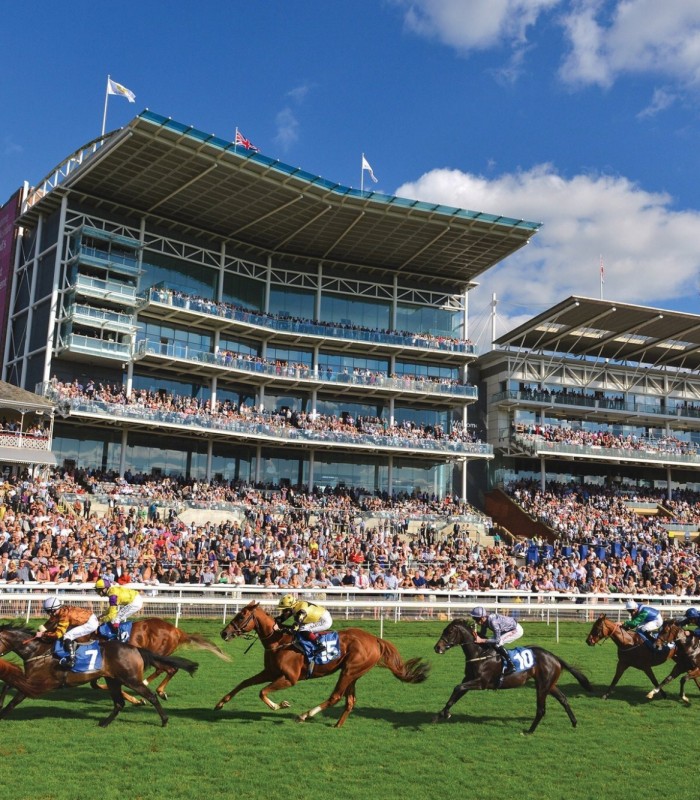 Yorkshire is synonymous with horseracing.  With 9 courses across the county, offering a total of 180 days of racing throughout the year, Yorkshire boasts more top racecourses than any other region of the UK.  Did you know that the St Leger, run at Doncaster, is the oldest classic horse race in the world, established in 1776 and here in East Witton, the village had its own racecourse back in the 1860’s!

If you’re staying with us, why not bring your horse too, there are some great rides from the Inn and we can put you in touch with local stabling for your mount.  Or pop in for lunch or dinner as part of a day hack in the local countryside. 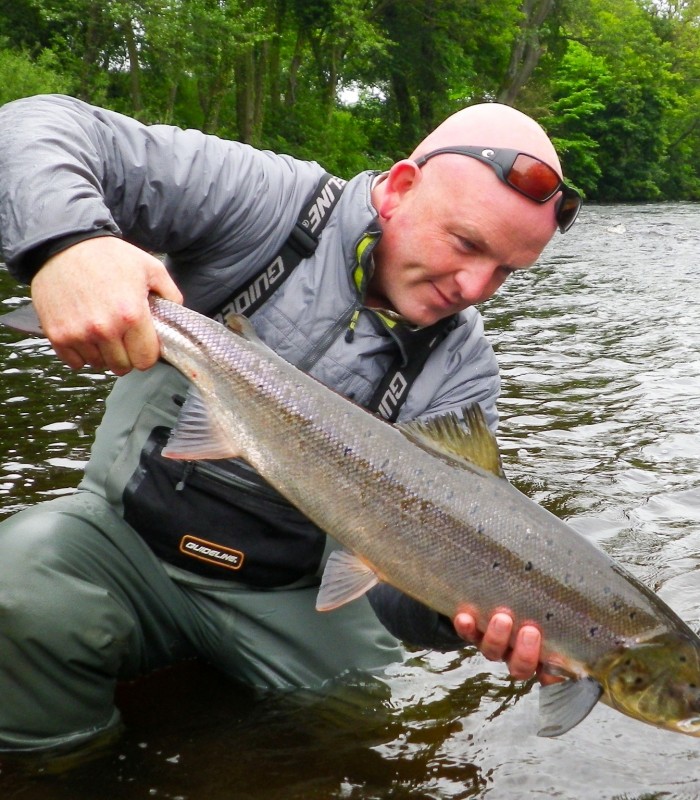 The River Ure is one of North Yorkshire’s best kept secrets as a premier salmon river!

This is a magical river, meandering through the iconic rolling hills of Wensleydale in the stunning Yorkshire Dales. The Blue Lion Inn is just a short distance away, making it the perfect location for all standards of fishermen.

Here at The Blue Lion we are able to offer a day on the river at a fraction of the cost of what is paid on Scottish rivers and provide our guests with an excellent day’s fishing. There are some lovely deep holding pools, tempting runs and glides.

This Blue Lion Inn ticks all the boxes for location, comfort and superb dining whilst retaining its focal point of in the village. It is surrounded by the glorious Yorkshire Dales which afford the visitor boundless opportunities for country pursuits.

The best way to ensure you hear about our fantastic offers is to sign up to receive our newsletter. Enter your details here to make sure you never miss out on our latest news and deals.